Bunions are a fairly common deformity and many people are familiar with them. Here at Foot Specialists of Long Island, we find that some are surprised to learn about a related condition known as bunionettes. There are similarities between the bunions and bunionettes, but also some pronounced differences. When it comes to treating this condition, both conservative and surgical methods might be used to handle the problem.

Like bunions, these are foot deformities that cause a bump on the side of your foot. With the “ette” at the end, it is reasonable to assume that it is simply a smaller version of a bunion, but this is only partially correct. While a bunion is often larger than its little sister, the key distinction is where each develops on the foot.

The primary symptom when it comes to bunionettes is this protruding bump. It can feel hard, is likely red and swollen, and can cause pain, discomfort, or irritation, especially when it rubs against the inside of footwear. Bunions and bunionettes both increase the risk of corns, calluses, and blisters.

Bunionettes develop for the same reason that a bunion does: the phalangeal (toe) bone begins to drift inwards and the MTPJ is forced outwards. This drifting often occurs as the result of either an existing structural issue or an unnatural distribution of weight—or a combination of both. They can happen to anyone who has feet and places pressure upon them, but tend to be more commonly found in females than males.

The discrepancy between cases in the respective genders has raised theories that both bunions and bunionettes are caused by women’s footwear, particularly high heels. The train of thought here is that the tight, narrow fronts of these shoes, and the excessive force placed on the front of the foot as a result of the high heel, combine to throw the MTPJ out of alignment. There is debate in the medical community over this theory, but it is reasonably safe to say that stilettos and pumps at least can contribute to the condition.

In most cases, bunionette symptoms can be treated effectively with the use of conservative methods. It is important to note that the symptoms may be successfully addressed, but the condition itself is progressive in nature, which means that it cannot be reversed with nonsurgical means. If conservative therapy is preventing pain and keeping the bunionette from worsening, then surgery is not needed.

Methods that are often used to treat the symptoms of bunionettes include:

As to surgery for a bunionette, the actual procedure used will depend on the specific circumstances. For mild bunions and bunionettes, the enlarged portion of bone tissue can be shaved down and ligaments, tendons, and muscles realigned. Moderate bunionette surgery may entail cutting the drifting bone and shifting it back to the natural position. Severe cases might require cutting further down along the metatarsal bone and then holding affected bones in position with the use of screws, pins, and/or plates.

Treatment for bunions and bunionettes is one of the many foot and ankle services we provide for our patients in the greater Long Island, NY community. We can provide the necessary diagnosis and then create a treatment plan that works for you. Call Foot Specialists of Long Island today at (516) 804-9038 or take advantage of our online form to request your appointment with us. 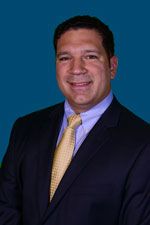 by Mark Gasparini, D.P.M. [email protected]
Connect with me